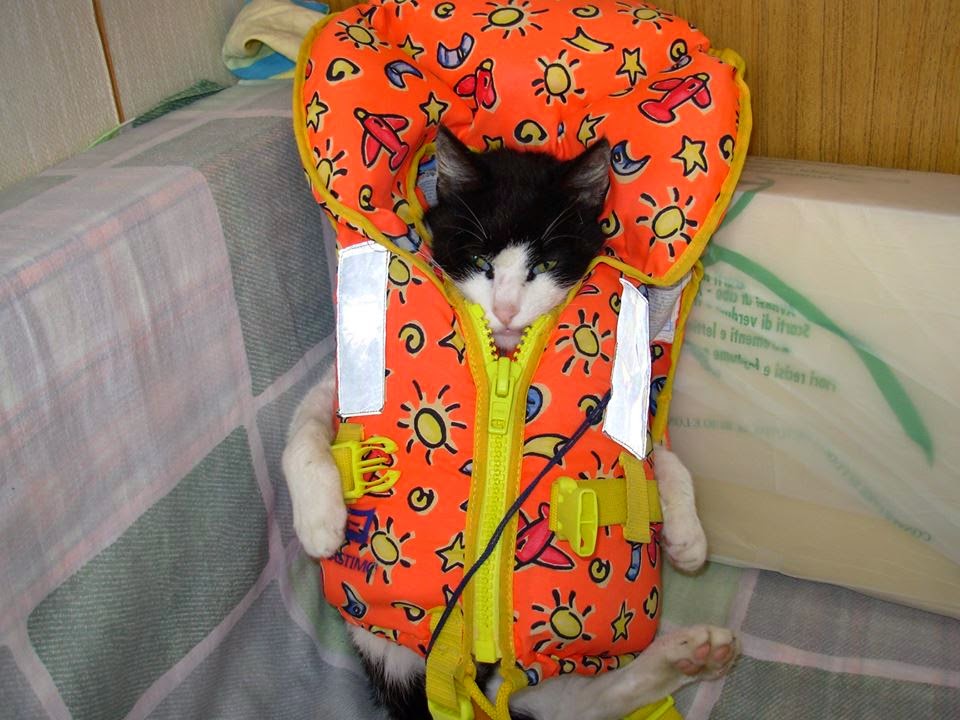 There are no excuses.  There are no valid reasons for being on the water without a PFD, yet people keep drowning because they aren't wearing one.  There has been enough research and design to have developed dozens of different PFD styles that insure both comfort and survival.  Find one that works for you and wear it. If you haven't planned ahead, it doesn't matter.  Just take one that's ugly and stiff as cardboard, but wear it.  Either way, put one on before going on the water.  If you are vain enough to worry that your silly friends may comment about your poor color choice, or that a PFD makes you look less than macho, imagine the impression you'll make on the rescue workers that have to pull your alcohol-sodden, hypothermic, drowned corpse out of the water after hours or days of searching.  "Well, another dumb ass that drowned because he thought he could do without a PFD." or "Here's another guy wanting to prove that stupid is forever."  ALWAYS wear your PFD!