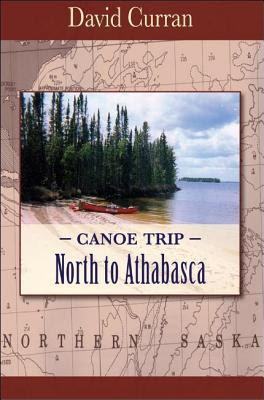 David Curran, Ph.D., is a psychologist that has plenty of experience solo canoe/camping in Maine.  He decided to he wanted to change his experience to something more remote.  After looking through the maps and trip descriptions of Saskatchewan, he decided on the remote, seldom traveled MacFarlane River from Brudell Lake, north and through Davy Lake, and on to Lake Athabasca.    It should take about a week to ten days.  He reluctantly invited a family friend, Walter, mainly to settle the concerns of his wife.  Walter unexpectedly jumped at the chance.  It turned out they made a great paddling duo, and had a wonderful trip.

Even though it was June, there was ice on the lakes, raising concerns over it possibly packing into an entry into or exit from a lake to create long delays or longer portages.  They flew onto Brudell Lake and didn’t even make it to shore, making their departure right from the plane’s float.  The author had kept it a secret, but started the trip with a bad back, and that was a constant concern over whether his own weakness would sabotage the trip.  The back strengthened with time and the exercise, however, and the only injuries were badly cracked hands and a machete injury that sliced a couple fingers.

The only time they got lost was when they reached their destination.  Paddling out into Lake Athabasca and heading up the shore, they sought a point of land with two off-lying small islands.  They finally saw a float plane and realized they had mistakenly paddled past the lodge where they were to be picked up.  The maps they were using were 25 years old, and a long Canadian drought had caused the islands to join the point of land.  This drove the lesson home that everything in paddling and camping is always about remembering that expectations and reality are often not the same, and that one must always be prepared to adapt and improvise.

The bottom line is that the book is well written, clearly relates the experiences they shared, and tells of their encounters with wildlife that had seldom met man before.  It is an enjoyable and worthwhile read. 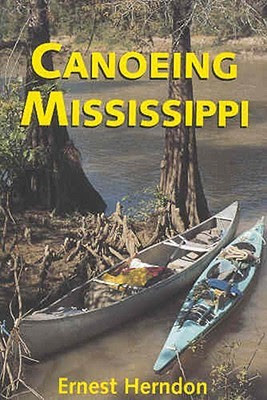 I messed myself up with this book.  When I saw the title, my mind wanted to insert a ‘the’ in the title.  It is not ‘canoeing the Mississippi,’ but canoeing the waters of the State of Mississippi, broken into seven regions plus the state’s lakes, refuges, state parks, national forests, and even water parks.  So after being a bit put off by missing a chance to vicariously paddle down the Mighty Mississippi, and then again on finding that the author doesn’t even like the river all that much, I still felt the book draw me in once I got into it.

Ernest’s experiences on the state’s waters began in the 1970’s.  He introduces us to the different types of paddle boats that have been used on the local waters, and the more modern boats most suited there now.  He takes you through the flora and fauna likely to be encounters, like 16-ft. alligators, 50-lb catfish, black bear, 6-ft timber rattlers, quicksand (mostly shallow), whirlpools, suckholes, and a bumper crop of cottonmouths.  We are introduced to the Deinosuchus, the 30-ft and 10,000 pound ancestor of the alligator.  I saw a skull fossil of this beast at the Kaw Nation Museum, in Oklahoma, and was more than impressed.  The reader is introduced to the region through the Natchez, Choctaw, Chickasaw, Creeks, Cherokee, whose fishing weirs have been dated to 1350, then the Spanish, French, and British that opened the area to whites, to those who began to settle.

Herndon has done a massive amount of historical research that adds tremendously to the fascination with the region.  We meet Lewis Wetzel in the 1760’s, who became the nation’s most famous Indian fighter.  We come upon Andrew Jackson when he was proprietor of a store.  Ulysses S. Grant crisscrossed back and forth through the area.  We meet J.L. ‘Casey’ Jones in 1900 just before he runs through a railroad stop signal, orders his fireman to jump for his life, and crashes into a freight train, killing himself.

In fairness to the reader, however, this is less a casual read, and more of a manual for the dedicated paddler venturing onto Mississippi’s waters.  While the book is a decade and a half old, the one thing obvious in the reading is that the state’s government at that time was slower to realize the recreational value of their own state than the author, as evidenced by the poor availability of access points to the rivers and streams.  Reviews of each waterway are thorough, listing both the good and bad points to be encountered. 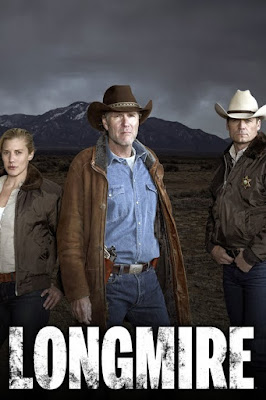 This is not a paddling item, but really enjoyable all the same.  In fact, I was without a good paddling book, and waiting for one that I had ordered to arrive at the library.  Jean and I had both really enjoyed the Longmire A&E Series, so she suggested I read a book she had just finished.  This is “Wait for Signs” by Craig Johnson, the author of the Longmire series.  This is a collection of twelve of Johnson’s short stories that gave birth to Sheriff Walt Longmire, Sheriff of Absaroka County, Wyoming.   Having watched the programs and become acquainted with Henry Standing Bear, proprietor of the Red Pony Café, and Deputy Vic Moretti, it was interesting to see them appear in my mind as I read the characters' portrayals on the pages.  It was great fun again to see Johnson weave a tale, enjoy Walt’s dry humor, and see the punchline finally revealed after a dozen or more pages.

Jean and I both loved the story “Messenger.”  Besides a great tale, it is hilarious.  The best scene is when Walt and a deputy are in a covered pit toilet, standing on the molded plastic bench seat, while holding Vic upside down by her lower legs as they lower her through the toilet opening.  She has sunglasses on to protect her eyes in the black tank, and toilet paper shoved up her nostrils to protect her sense of smell, and a game warden and tourist are sitting on the roof of the toilet…..  Well, that should be enough of a hook.  You will really enjoy these stories.
Wait for Signs by Craig Johnson, pub by Thorndike Press, Waterville, ME, 2015; and Viking Penguin, of Random House, in 2014) Introduction by Lou Diamond Phillips

Posted by Unknown at 1:43 PM No comments: 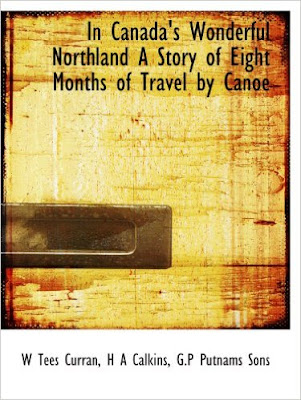 In Canada’s Wonderful Northland: A Story of Eight Months of Travel by Canoe, Motorboat, and Dog-Team on the Northern Rivers and along the New Quebec Coast of Hudson Bay, by W. Tees Curran and H. A. Calkins  (Pub. by G. P. Putnam’s Sons, New York & London, 1920, with 60 photos and maps, 331pp of text or 334pp with index.)

This is an extremely fascinating book.  The 1,800 mile trip that created its story was done in 1912.  It was the second of such scientific explorations of the still unknown Quebec, the first taking place in 1907.  That trip was reported in another book titled, “Glimpses of Northern Canada, a Land of Hidden Treasures,” which was published by the Canadian Government.  It was so widely received and in such demand, that writing this second book was a foregone conclusion before this trip even started.

To wrap our minds around such an undertaking demands we first consider that Quebec covers over 17,000 square miles, a fifth the size of the entire United States, and six times greater than Great Britain, and larger than the British Isles, France, Spain, and Germany combined.  It had been 400 years since its discovery, and yet save for the indigenous Eskimos, Indians, and a few trappers, so little understood that Voltaire, after the transfer of Quebec from France to Great Britain in the Treaty of Paris, made this statement.  “We were foolish enough to establish ourselves on the snows of Canada, among the bears and the beavers. …….(The loss of) These fifteen hundred leagues, being a frozen desert, are not a very considerable loss.” 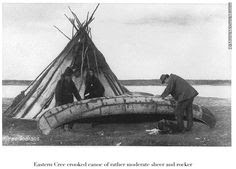 Besides understanding the need to explore and ascertain the new land’s treasures in minerals and other natural resources, the reader is given a clear understanding of the challenges endured, the lives of people among the Hudson’s Bay Company posts, the nature of local Eskimo and Indian groups, and even the struggles of living among teams of Huskies.  The challenges of traveling with scant knowledge of the region, little to no navigational information, no communications between the groups of the expedition or the outside world, sometimes little food or even wood for starting a fire, and savage weather are clearly brought to the reader.  The launch was used mainly to transport the supplies needed to sustain them for eight months, but the canoe was used for exploration, reaching the shore, and more importantly, while pinned down for days on shore, using the canoe in rough seas to recover supplies from the launch, which may be anchored a mile or more offshore to keep it from being bashed on boulders.

From the point of view as an adventure, a canoeing story, or acquiring a better understanding of history, this is a book well worth your time.