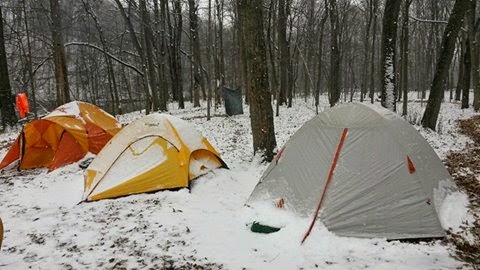 Brian Keel is also waiting for spring, but at least he's out and about.


Wow, the reader numbers really dropped off!  I thank those that faithfully returned again and again, but I understand the lack of interest in constantly returning to an old post.  We were just recovering from the month-long sick-out when I tried to submit a new post, and the computer crashed, as in totally dead.  It wouldn't even start.

The computer went off to the support tech, who administered the last rites.  In discussing options for a new computer and program, he said that a new Windows 10 was about to be released, but at the present my options were Windows 7, which is being phased out, Windows 8, and Windows 8.1.  He added that a lot of people don't like the 8's, so that quickly narrowed the field.   The one that would involve the shallowest learning curve in a desktop would involve us going from our old Vista to Windows 7, so that was what we did.  I know the younger tech-heads will frown, but when I saw the salesman flipping pages, expanding and contracting the screen on the new program, my immediate response was, "No Way!"  Plus, it seemed that would involve buying a new monitor as well, since the new computer didn't come with one.  Part of this response is my resentment at the tech companies for not supporting what their customers are doing and needing, but rather constantly pushing people into things they have no need or use for just to feed their sales greed.  Since the majority of the public is more than happy to lust after the latest fad-oriented gizmo, I know I'm the voice in the wilderness, but I kind of like the wilderness anyhow.

I'm slowly getting this new Dell up and running, and will get back to some new adventures for us to share.  We did have one warm, light wind day, and I was anxious to get back on the water.  I rolled out early one morning, pulled the canoe off the rack and got it tied down on the pickup, put lunch and some gear in the back, and suddenly realized I was pushing it faster than my body could keep up.  I was already exhausted and coughing.  I was feeling better, but stamina was yet to come.  After a rest, I put everything away again and watched the rare good weather pass me by.  Oh well, spring is but a few short weeks away.