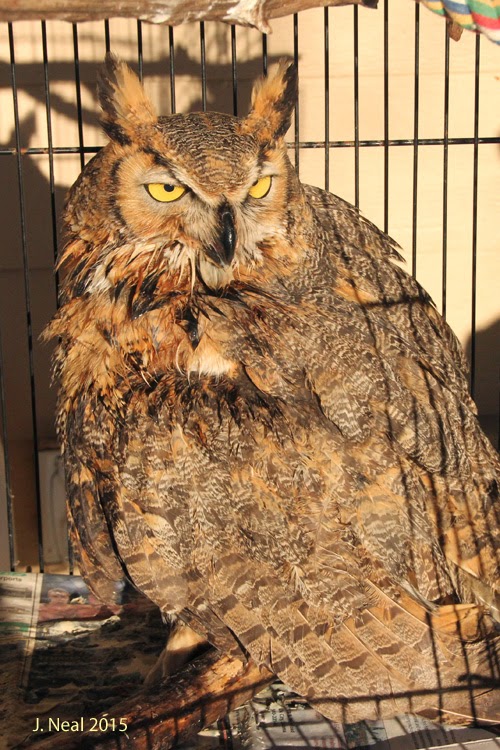 Look at those beautiful eyes.
This was a Great Horned Owl Jean got as a rescue animal.  It had flown into a barbed-wire fence around a pasture.  The farmer found it hanging there while riding the field to check on some livestock that were calving.  It had apparently been there some time, at least since the previous day, and was seriously dehydrated.  When Jean tried to give it water, it just about attacked the eyedropper.  When it was stabilized, we transported it to Wild Care south of Oklahoma City.  The avian veterinarian examined the owl, and unfortunately determined that the bird would have to be euthanized since the main artery to its injured wing had been severed, and the wing was dead, and would soon poison the bird itself.  While the objective in rescue work is to rehabilitate the animal, sometimes fate and the seriousness of the injuries make it impossible to create a miracle.
﻿