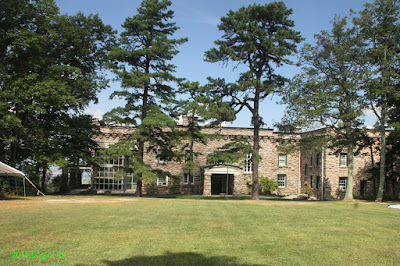 Kings Gap Mansion from the front lawn.  A tent is set up to the
left for a wedding.

The James McCormick Cameron summer mansion at Kings Gap, PA, is but a footnote in this long trail of old money, but an impressive footnote well worth the visit.  To start at the head of the trail, James’ grandfather, Simon Cameron, was Abraham Lincoln’s first Secretary of War and a United States Senator four times.  The family began buying up land around Harrisburg, Carlisle, and Lancaster, PA, having five simultaneous summer estates available for the family’s use during Simon’s life.  A son, James Cameron, served as Secretary of War under Pres. Ulysses S. Grant.  James McCormick Cameron was born in Harrisburg in 1865, the end of the Civil War.  He attended Harrisburg Academy and Exeter and Harvard College, and studied law under his father.  After college, he decided to enter the steel business, which had also been part of his grandfather’s commercial enterprises.  James operated steel furnaces, owned the Iron and Steel Company, owned the Elk River Coal and Lumber Company, was director of the Buffalo Creek and Gauley Railroad Company, was director of the Harrisburg Bridge Company, director of the Harrisburg Railway Company, and a member of the Dauphin Deposit Trust Company bank. 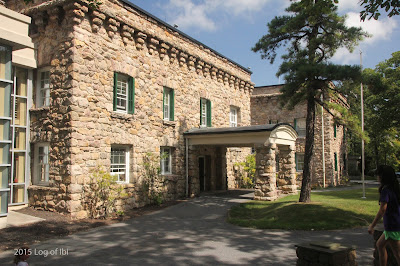 The front of the mansion as seen from the driveway as approaching
the entry portico. 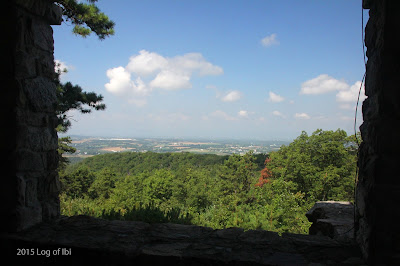 The panorama of the surrounding countryside as seen from the
flagstone patio.

Wanting to escape the summer heat in the city of Harrisburg, he decided to build a mountain-top mansion in 1908 to enjoy the cooler breezes.  Being afraid of fire, the mansion was built of Antietam quartzite stone, which was quarried from a nearby ridge.  Being innovative for the time, it was also the first structure in the area to utilize a new construction technique employing steel-reinforced concrete for interior elements of the building to make it as fireproof as possible.  It was originally designed as an Italian villa of 32 rooms with large windows and a huge flagstone terrace to partake of the cooling breezes coming up the mountain.  While caretakers remained at the mansion year-round, the family only stayed there from May until October, between 1908 and 1948. 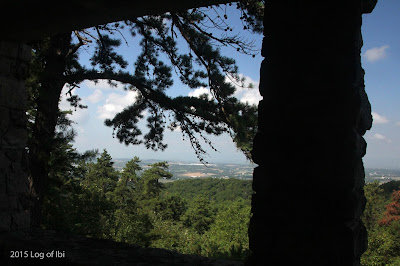 Another view from the terrace, half of which is covered for shade,
leaving half open in full sunlight. 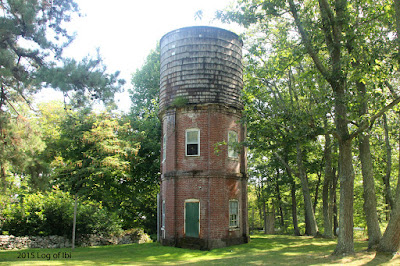 The water tank and tower to supply water to the gardens and the
mansion.  An apartment sat below the tank.

The property also includes a water tower, large gardens, ice house, caretakers’ house, generator building, and carriage house.  The first floor of the mansion is open to the public on Sunday afternoons from Memorial Day until October, and both floors are open the first two Sundays of December for the Christmas celebration.  The 200-ft. long building was enlarged to 38 rooms during a renovation project begun in 2000 to include an environmental education center.  The property’s 2,531 acres on South Mountain comprises the Kings Gap State Park with 18-miles of hiking trails.  Current uses of the mansion range from an orienteering course, conference center, educational courses, overnight lodging, and is a favorite venue for weddings. 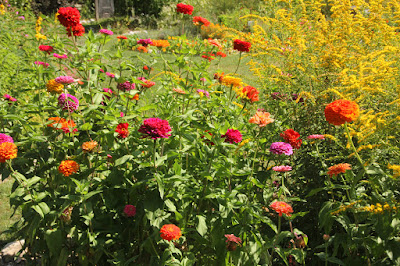