Diary of a Wilderness Dweller

Diary of a Wilderness Dweller by Chris Czajkowski (pub by Orca Book Publishers, Custer, WA, and Victoria, BC, 1996) 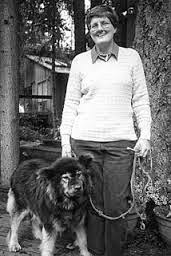 Chris Czajkowski and Lonesome
It would be hard enough for most men to go into an untouched wilderness with no roads, no trails, no resources or assistance, and make a life out of nothing. I was totally captivated by this woman who did exactly that under the most trying circumstances. She had selected a plot of land from a map. When she arrived, she found a jumble of rocks and boulders with no soil and without enough flat ground to pitch a tent or even lie down. Most people would have collapsed in despair at the useless and impossible situation, but alone in the wilderness with no place else to go, she determined to make do, and so she did. She decided that whatever skills were needed to accomplish her task, she would figure them out. She said, “Skills will always find a way of arriving, it is attitude that is important. If you think you can do something, it will happen. I can live this way because, even during my blackest moments, I have never doubted that I can do it.”﻿ 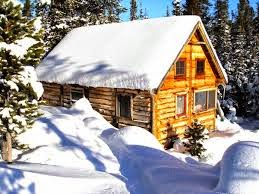 Her cabin.
Chris grew up in a small village in the north of England. She traveled widely through Asia, New Zealand, the South Pacific, South America, and then was attracted to the mountains of British Columbia’s Coast Range, near Bella Coola, 300 miles north of Vancouver. She filed for a plot of land from the Bureau of Land Management that was accessible only by foot and canoe, as the nearest road, a dirt logging trail, was 27 miles away. The nearest banks, supermarkets, traffic lights, or cell phone service were 150 miles away. She was isolated and off the grid by choice, but not a recluse. With voter turn-outs of around 15% in this country, it’s hard to imagine a woman’s determination to vote in the federal election in spite of it requiring a three-day trek both ways to reach the nearest polling place.
﻿

Her cabin on the lake.
Photo credits: google images
For anyone attracted to doing something daunting, challenging, even intimidating, this book is a must read. I can just give you a taste of some of the things she faced. She was sleeping in a trapper’s cabin with her dog, Lonesome, when the dog was alerted. Rolled up in her sleeping bag like it was a cocoon, she was trapped when suddenly a bear thrust its head through the glass of the window next to her. She fought to find and undo the zipper. When finally free, she grabbed the axe and opened the door. The only thing that came to mind was beating the axe against a steel drum to create enough noise that the bear retreated.

She also had close and harrassing encounters with bears at her own cabin site. She was living in a tent while building the cabin, but one bear convinced her to move away from the site. She slept on a pile of lumber on the logs at the lake’s edge that served as the float plane landing, and covered herself with a tarp that was covered with ice or frost each morning.

During construction, she was carrying irreplaceable glass windows into the cabin for setting. She tripped and fell, but rather than trying to break her fall, held the windows high to prevent breaking them. Instead, she struck her head and broke her eyeglasses. Her spare pair were many miles away with her gear awaiting transport by float plane. She couldn’t see with one lens, so did without. The glasses would have to await her next trip out. Her poor sight made all the tasks more difficult and more time consuming. Then Lonesome again started to warn of something moving in the brush. She assumed it was a bear, but she could only see movement, but not make out what was there. Fortunately, Lonesome persuaded it to move off.

Between designing the cabin in her mind, finding and felling the trees she needed, making her own sawn boards, figuring out how to move and lift logs weighing hundreds of pounds, and tackling every task alone, she met each challenge one small step at a time. This is both an enjoyable trip into pristine wilderness and lakes, and the chance to spend time with someone willing to attack the impossible, but then shrug the accomplishment off as if it is no big deal.